After more than a decade of coaching leaders and individuals, Nikk and Yoland Hughes recognised that problems did not result from a lack of planning or a lack of talented people – but an abundance of people problems, small and large.

Most leaders have a plan, and often a good one. The people in their organisations are capable, and usually talented. So why were so many companies not growing or achieve the leader’s vision? What was the common pattern frustrating progress?

The answer – people problems, micro and macro. Most people are simply not aware of their internal ‘quirks’, the things that trigger actions that lead to less than optimal outcomes. Quirks, big and small, that directly affect progress or disrupt the cohesiveness that is needed for fast, collective progress.

Nikk and Yoland set out to codify emotional intelligence and created the EQ Code. The EQ Code is so logical and simple it cannot be intellectually dismissed, helping to shift peoples thinking and feelings to unlock their whole person and unleash the collective intelligence of their organisations and teams. It includes the missing critical element of all human relationships – a known common framework that removes ‘quirks’ caused by human bias to foster communication and collaboration.

Nikk Hughes is a born leader and entrepreneur. From early on, she embarked on a truly diverse career that started with co-founding Vision Finance, an award-winning mortgage broking business.

Nikk was already successful, but she wanted more: more satisfaction, more challenges, and more understanding about how someone could be truly happy.

Yolande’s career has been exclusively focused on people and their potential, resulting in her highly specialised skill set. She has worked in corporate environments in both Sydney and Melbourne across recruiting, coaching, mentoring and training – in a range of industries including leading international hotels, an internationally renowned business management school and Australia’s leading recruitment company, Hudson.

This background, along with years of additional education, has given her an uncanny ability to read and understand people, which lea to her rapid rise as a high-profile coach. Today she shares insights with her clients to move them to new heights as well as ground them with a logic al and a structured approach to change.

What are you waiting for? No obligation and no pressure, just reach out for your complimentary 45 minute consultation to understand how Inspire Tribe can inspire your results. 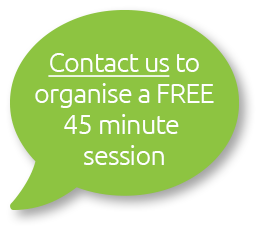 I had significant growth in my business, clarity on how I am in the world, depth in all my relationships especially with partner and my kids. I recommend Inspire Tribe Mindset training to anyone

InspireTribe’s system has enabled me to build a solid basis for understanding the decisions I make. It has changed the way I view the world, myself and others. I am now able to confidently make decisions and take action...