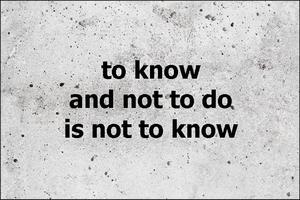 From the age of 20 I went to heaps of courses, read hundreds of books & listened to thousands of hours of audio books too.  Over a period of 15 years I invested in excess of $150,000 learning as much as I could to create wealth and an ideal life.  It worked.  I was doing pretty well financially and my life was very good too, some would have said it was sensational.But there was something missing.

For all that I’d invested I still didn’t feel awesome every single day.  And for that amount of cash I thought I should!

That changed a few years later…

When I started with my second mindset coach.  In our first 1:1 session she began to explain some of the foundational mindset principles she worked with including Taking 100% ownership for everything that I have in my life.  “Yeah, I know” I said, eager to hear the really good stuff.  I’d read that statement & heard it hundreds of times.

The language was a shock.
But it paled in comparison to the certainty with which the statement was made and the resounding truth of it.

How had that happened?  I’d implemented the business ideas but rejected the key principles of true success. I was so bright but so stupid too.

7 years on I know exactly how it happens.  When we read and hear new information we put it through our existing filters – our current belief systems. I’d implemented but at the same time I’d kept many of my core thinking strategies and not all were serving me in the way I was seeking.

If you’d like an area of your life to improve I encourage you to challenge your core thinking strategies.  Discuss what you read, what you hear and what you do with someone else – a partner, a friend, a colleague (or when you’re ready, a mindset coach).  Seek out those who can assist you to make life changing shifts in your thinking.