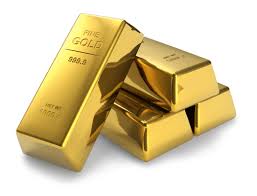 Procrastination doesn’t exist.
It’s a made up word.

The internet will tell you that it’s the avoidance of a task that “needs” to be done…. Ummm, if it so needed to be done, then how is it that you’re able to get away with it not being done?  The only answer is because it doesn’t really NEED to be done now!

The IDEA of it being done now is nice.
But the NEED is not really there.

Procrastination is a made up word that has become a LOGICAL and socially acceptable way to avoid expressing how you feel.

For example:  Instead of confessing “The idea of getting started on that task makes me feel sick as I have no idea where to start or how to do it or even if I’m up to the task at all!!!”

We can say “I’m procrastinating.”

It’s a way of expressing ourselves, and how we feel, in a protected and socially accepted way.

The beauty of procrastination is that it teaches us very quickly what we FEEL good about doing, and what we don’t.  And when we do that, then we can drop a whole lot of angst out of our life.

Angst that takes energy to manage.

Imagine having to create a presentation.

It’s due in a month.

In the land of Nirvana, we’d whip it up next week and enjoy the high of it being done.

“This time I’m going to meet my deadline!” you think.

Alas, next week comes and we don’t feel inspired, we feel stuck at the idea of getting started.

We feel we “should” be able to do it, but we don’t know how and that feels bad.

We then bask in the relative joy of whipping ourselves with the socially acceptable fact that we’re procrastinating.

After another 2 weeks and 4 days, just 3 days before the presentation…

The pain of the idea of bombing out blasts through the joy of procrastination.

The pain of the idea of bombing out blasts through that stuck feeling and… off we go!

Hell, even if it’s not good, it’s now good enough.

Before we know it, it’s done.

It’s not perfect but it’s done.

“Next time I’m not going to procrastinate, I’m just going to do it!” But we do, and so the cycle begins again.

Using the delusion of Procrastination to your benefit.

Imagine having to create a presentation.

It’s due in a month.

We know we should get started but don’t feel inspired. We feel stuck at the idea of getting started.

We know it’s a made up state. And we enjoy being able to use that socially acceptable way of delaying our start time until the very last minute.

No stress required, we’ve been there done that.  It’s a waste of energy.

The presentation does need to get done but it doesn’t have to be done today… clearly (we’re not doing it!).

We mentally decide the absolute deadline, and then relax.  It feels good to know that we’re at least enjoying the process of delaying the start!

And we know, if a thought strikes us on how to get started before that date, we will gleefully grab it and start. If not, we’ll mash something together at the very last minute.

The relaxation is delightful. And we start to think of a few ideas.

Nothing gets done until the last minute.

But when we go to start those ideas we played with are coming in handy!

And it flows.  Fast and furious as always.

And the result.  Pretty good!

Not perfect, but the journey felt good and the result is too.

And we got a bit of stuff done in between because we weren’t wasting energy whipping ourselves.

Next time, we think, “I may not procrastinate, but if I do, I’m going to enjoy it like I did this time.”