How to STOP feeling HELD BACK by a Boss, Partner or Family Member 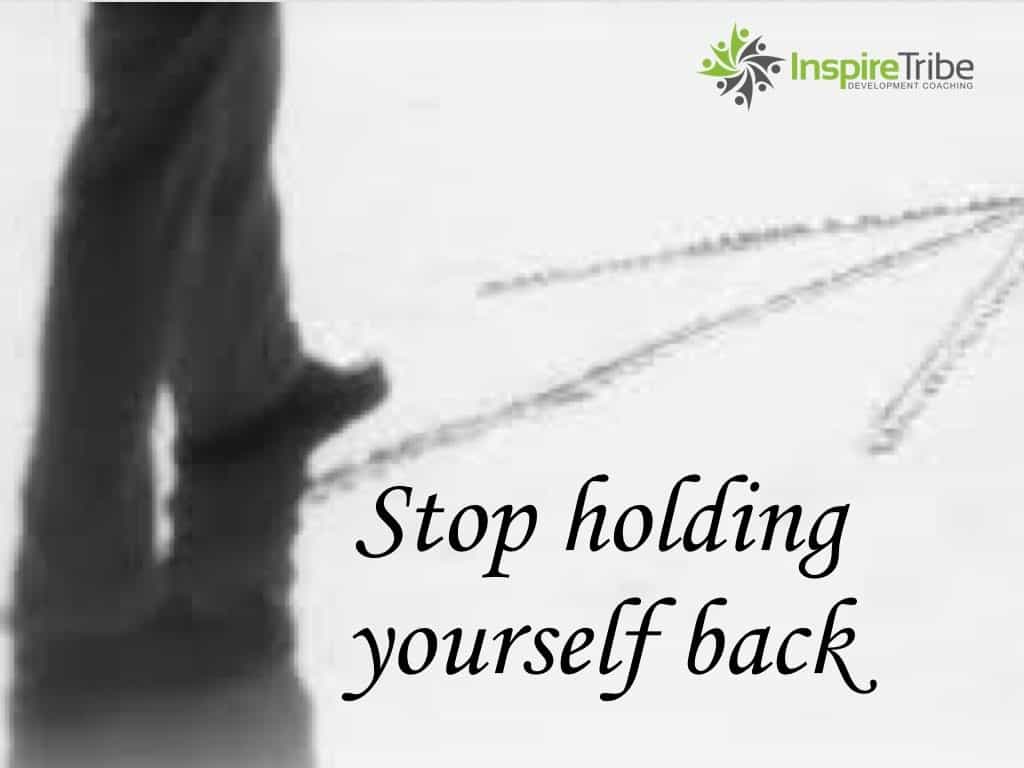 Feeling held back by a significant person in our life is quite a common sensation.  It could be your partner, your boss or the people you’ve been assigned to lead or a family member.

Take a moment to check for yourself…
Who in your life do you feel is holding you back from being more of who you could be? They’ll be blocking, limiting or restricting you in some way, shape or form.

Landing on this feeling, if it’s present, and then getting clear on what you believe to be the specific manner in which they’re holding you back can be very powerful.

The power however is not where many expect it to be.  It’s not in getting clear on the issue so you can confront the other person about it.

Determining specifically who you feel is holding you back and exactly how they’re doing it is powerful because
it shows YOU exactly what YOU need to take
100% Responsibility for in your life.

When we embrace this concept we can grant ourselves freedom from that person’s hold over us.

The steps to apply this concept in our day to day life are simple.

1) Own the Current Position

Accepting that we must, at some level, prefer staying where we are to being able to move forward.  Until we totally accept this to be true we continue to grant control of our destiny to the other person.

2) Challenge Your Logic for 5 Possibilities

Our logic loves to protect our ego.  If you’ve felt held back for a while then your logic’s done an admirable good job of protecting your ego – whispering in your ear… “It’s definitely the bosses problem, it’s as plain as day that he’s a control freak who gets a kick out of looking after every detail, I’m doing well just to stand being in the same office!”.  So, in order to move forward, you need to get a little creative to get around this inbuilt protection mechanism.   You can do this very simply by taking on a challenge – the ego loves to win a challenge so logic will need to help it do so!

The challenge is to make up 5 reasons why someone (not you!) could possibly choose to be controlled, held back or restricted in the way that you’ve been.  It doesn’t have to be true, just play!  Tell your ego any 5 will be a great start.  Your ego and your logic are not at all creative so they will have to request assistance from your unconscious mind & creative side (and, don’t tell them, but that’s where the gold is).

3) Feel Through to the Most Truthful One

When you’ve come up with at least 5 possible scenarios, feel through each statement to work out which one feel truest for you.   Now if you’re a logical person, feeling is going to feel a bit fluffy …  But trust us, when used with specific intention (that is, guided by logic) your ability to intuitively land on an answer in a few seconds will have lead to far greater accuracy than hours of logic & internal debate.

When you’ve landed on the best answer from the 5, do a second check… using your feelings again. How true is the truest one. It may be that it isn’t true at all or doesn’t feel quite accurate, that’s ok, repeat the above step but use the current statement as a starting point.

You’ll know you’ve gone far enough when you feel a “click” – that’s the feeling you get when you gain a true insight into yourself, an insight that allows you to own your old choices – at a conscious (logical) level and an unconscious (feeling) level too.  When you’ve congruently owned your situation letting go of the old habit of choosing to be stuck becomes effortless.  And when you’ve done that you get freedom to make new choices.

5) Decide Where to from Here

So the last step is to determine what new behaviour you’re going to try on.  To be honest, it doesn’t really matter what you do, as long as it’s different and, after you’ve done it, you check in with yourself to see if the new behaviour worked better (logic) and felt good (feeling).

Taking 100% Responsibility for when people seem to be holding you back is extraordinarily freeing.

See below for a quick example.

If you run through the exercise above and don’t find an answer, shoot your scenario through to us and we’ll happily help you to tweak it!

John has a boss who’s been “holding him back” by micromanaging his every move.

He’s so sick of it he’s willing to “try on” the idea of taking 100% responsibility for letting his manager be like that.

The 5 possibilities (some of them are a little crazy!) as to why someone else could be held back by a micro-managing boss are

John’s cracking himself up at the last one.

He then feels through each of the 5, checking which one feels truest for him.

He lands on number 2.  And feels a bit surprised in doing so.

It gives him a flash of insight – John’s dislike for his manager’s overly detailed personality and his (until now) unconscious desire to punish him for being that way has meant that he’s ended up holding himself back.

John speaks to his manager the next day explaining how he feels he doesn’t need to be checked on various tasks.  The response from his manager, to John’s surprise, is one relief as he had been feeling taxed but at the same time felt like he wouldn’t be supporting John if he didn’t do the checks!

By taking 100% responsibility, the only person who needs to change for you to be able to move forward is YOU.