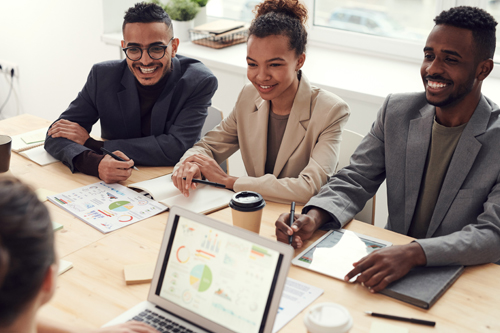 There’s a lot of overlap in leadership and executive coaching, so what’s the difference between the two? Are they the same thing or is one better than the other?

Before making a decision as to whether leadership coaching or executive coaching is right for you, let’s take a look at what each type of coaching involves and what types of skillsets it focuses on.

What is Leadership Coaching?

For many years, there have been debates as to whether or not leadership is an innate skill – you’re born with it or you aren’t, vs leadership being a trainable skill. There’s no doubt that many successful leaders appear to have been born that way, there is plenty of evidence indicating that leadership can be imparted, learned, and developed to make even better leaders.

Leadership coaching taps into the potential of new and budding leaders as well as current leaders within their organisations to hone the skills needed to become even better leaders and to best exemplify the values of their organisation with their colleagues.

The process doesn’t involve coming with questions and receiving answers from leadership coaches. Instead, a good leadership coach will seek to direct meaningful questions back towards you, the leader, so that you can orient yourself along a path to success on your own terms.

This is done through a process called facilitation, whereby the coach uses reflective listening techniques to understand the needs of each individual client and to use a hands-off approach whereby clients can develop and grow their leadership capabilities naturally.

What is Executive Coaching?

In terms of skill development, executive coaching tends to focus on a broad range of transferable skills such as executive decision making, management and leadership in times of transition and change, strategic business thinking skills, emotional intelligence (EQ), mentoring and training for emerging leaders, as well as personal career challenges commonly faced by executives and leaders within organisations.

Which Type of Coaching is Right For Me?

Consider that both leadership coaching and executive coaching have something important in common. Both seek to develop leadership skills, but the end results for clients may differ depending on which type of coaching they require.

For business leaders looking to focus on their own leadership capabilities, improve their EQ, and to empower themselves with one of the greatest assets they offer to their organisation (their leadership) then leadership coaching may be the right choice.

Executive coaching, on the other hand, involves a lot of strategic skills that lend themselves better towards high-level management staff and leaders within an organisation. The skills developed, including leadership training, can make them into more well-rounded leaders and managers in these types of business settings.

Empower your EQ with coaching from Inspiretribe.