Make 2016 the year you WANT to remember 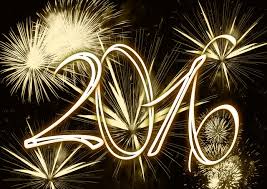 As a New Year Kick-Off we’re offering 15min Mindset Acceleration Sessions to those of you who receive this email – that’s better than any tip we could possibly offer!  It’s obligation free and sales free too – just 15 mins of laser coaching on any issue you want. If you’re not sure, read below!

Yesterday at the end of coaching today, I had the following conversation with a client who runs a successful business.

NIKK:  Knowing what you now know, if I told you… “The only way you get to keep the knowledge that you have gained since you started coaching with us, is to name the top price you would pay for what you have learned, What price would you pay? The only thing you need to keep in mind, is that if you don’t name your top price, all that you have learnt would disappear. ”

CLIENT:  Silence for a few seconds.

The question stumped him for a moment as it does everyone.  Because they have to search for the true figure.

NIKK:  But if you had to put a figure on it, what would it be?

CLIENT:  For everything I’ve learnt to date… I can’t put a figure on it.  But I will say that I would pay at least 10% of my income each year ongoing, from now on, to continue to learn like I am learning.

When I emailed the client asking for permission to use the above, his reply was:

“You can also add, that with you making me realise my hurdles did not exist, I was able to make decisions that has meant I’m on track to make well over a million dollars profit in the next three years. That’s on top of the income I was already making.”

I had a similar conversation with another client Pre-Christmas.

His answers was: “I can’t put a price on it. It’d have to be hundreds of thousands of dollars.”

If you’re looking for a shift in your life THIS YEAR that would be “priceless” I encourage you to make it a mindset shift!